The rupee of Sri Lanka

History of the Sri Lanka Rupee

On September 26, 1836, Ceylon based its currency on the Indian rupee and the notes denominated in pounds continued circulating until 1836 next to the rupee. The monetary unit was still the pound, so the amounts were denominated in pounds, shillings and pennies. However, the payments were made in rupees, based on an unofficial rounding of 2 shillings per rupee.

In 1844 the Bank of Ceylon was the first private institution to issue banknotes on the island. Later in 1856 the Treasury bills were withdrawn from circulation. On June 18, 1869 the Indian rupee was formally established as the legal currency in Ceylon. On August 23, 1871, the rupee was decimalized. Thus, divided into 100 cents, became effective on January 1, 1872, replacing the British currency with an exchange rate of 1 rupee = 2 shillings with 3 pence.

Notes and coins of the Sri Lanka Rupee in use 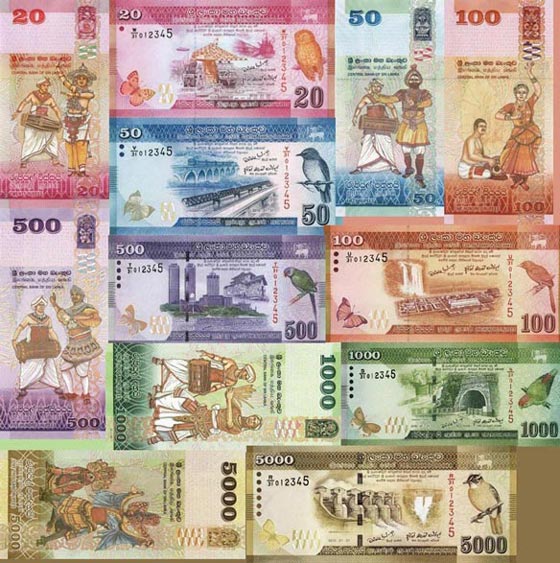